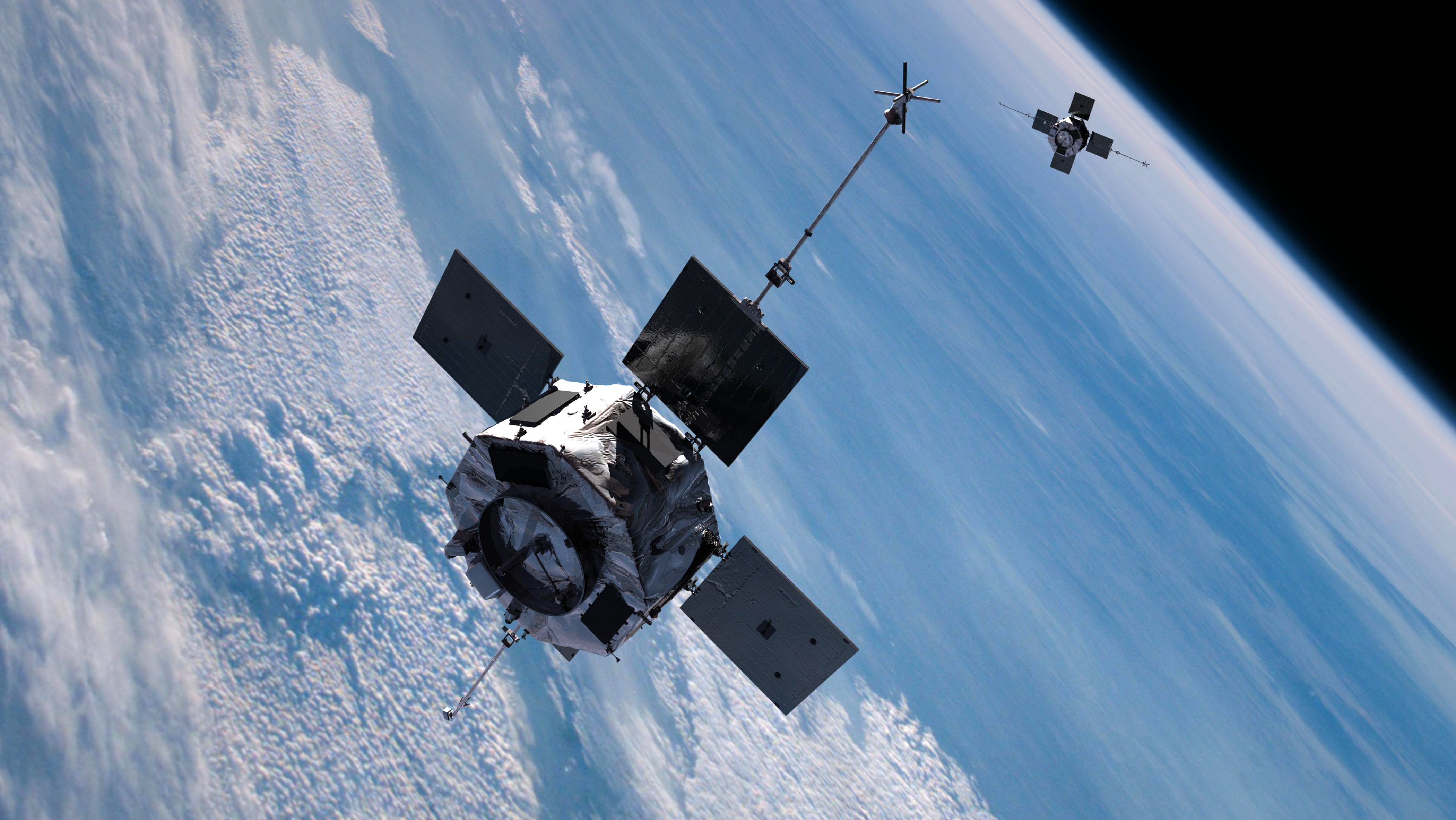 Originally slated for a two-year mission, the second of the twin Van Allen Probes spacecraft will be retired just prior to running out of propellant, more than seven years after launch. On October 18, 2019, at about 12:30pm EDT, spacecraft A of the Van Allen Probes mission will be shut down by operators at the Johns Hopkins University Applied Physics Lab in Laurel, Maryland. The command – the 4,781st sent to spacecraft A – is of the same type sent four months previously that terminated operations for spacecraft B, the second spacecraft of the mission.

In February, the spacecraft were placed in a lower orbit that will eventually decay, letting the twin Van Allen Probes re-enter and burn up in Earth's atmosphere.

These two spacecraft – designed, built, and operated for NASA by Johns Hopkins APL – flew through the rings of charged particles trapped by Earth's magnetic field known as the Van Allen Belts to understand how particles were gained and lost by the belts. The spacecraft made major discoveries that revolutionized how we understand our near-Earth environment.

"The Van Allen Probes team did the impossible," said Jason Kalirai, APL's civil space mission area executive. "They designed and built a resilient mission to fly in a region of space that other missions deliberately avoid. The resulting scientific data have transformed our understanding of the radiation belts, and will benefit future NASA space science missions and human exploration beyond low Earth orbit."

With instruments measuring electromagnetic fields and charged particles, the Van Allen Probes explored the invisible phenomena shepherding particles in and around the belts. It made discoveries about the architecture of the belts and the forces shaping them. Just as ocean storms on Earth can create giant waves, space weather, caused by the Sun, can create plasma waves, where seas of particles are tossed by electromagnetic fields. The Van Allen Probes, launched on August 30, 2012, pioneered new explorations into the dynamics of these waves and their effects on our near-Earth environment.

In celebration of the mission's success, here are ten select discoveries, listed in chronological order, made by the Van Allen Probes.

"This mission spent seven years in the radiation belts, and broke all the records for a spacecraft to tolerate and operate in that hazardous region, all with no interruptions," said Nelofar Mosavi of APL, the Van Allen Probes project manager. "This mission was about resiliency against the harshest space environment. We proudly accomplished these operations and scientific successes with collaboration and hard work from the engineering, science and instrument teams including our partners at NASA, the University of New Hampshire, University of Iowa, University of Minnesota, New Jersey Institute of Technology, and the Aerospace Corporation."